Due to a different kind of scare, last year’s Halloween celebrations had to be skipped by most parts of the world. This October, we’re looking forward to resurrecting the true spirit of the holiday!

Historically, Halloween has always been about more than just the fun and creativity; the festivities stem from a dark point in time where human resilience was put to the ultimate test. This Halloween we’re inviting you to prepare your potion. We’re talking Halloween cocktails that put the fun back in the fear, be that a fragrant spiked pumpkin spice latte or an inter-seasonal Planas Bloody Mary.

Our gift to you? Our famous pumpkin spice old fashioned recipe… coming right up!

Before we offer up our brew of dark rum, we first need some context on the aforementioned dark times. Also known as All Hallow’s Eve, Halloween holds its origins in Celtic times dating back over 2000 years ago. The Celts lived across the land mass that would today be considered Ireland, the UK and Northern France.

The end of summer and start of winter marked an important transition for the Celts, who celebrated it annually with a festival called Samhain on October 31st. Celtic winter was a dark and (literally) bone-chilling time, which sadly resulted in many deaths due to below freezing temperatures and widespread winter famine.

They also considered November 1st their New Year, and held the belief that the evening prior was when the veil that separates the living realm from the dead becomes undone. They had evidence to believe that ghosts and spirits returned to Earth on this night to cause havoc (destroyed crops, abducted souls, fulfilled prophecies).

So why all the fuss over costumes? On the night of the festival, the Celtic priests threw massive public bonfires where civilians would gather to burn sacrifices for their deities. Celts who attended the bonfires would typically dress in animal heads and skins, marking the start of the costume tradition — is that creepy or what?

Of course the Celts weren’t the ones who coined the name Halloween, nor were they likely sipping on our favorite Halloween drinks amidst their Samhain celebrations. The name itself is a derivative of ‘All Saints’ Day’, an observed holiday on November 1st that came much later to honor Christian saints.

All Saints’ Day is interchangeable with ‘All Hallows’, where hallow means holy person, or saint. Throw in an ‘Even’ (meaning eve), lose the ‘all’, omit the spaces, drop the ‘v’ and you’re left with… Hallowe’en.

Yes, we also got chills down our spine at this etymological revelation!

Why do we Celebrate Halloween?

Why then do we celebrate this odd-ball of a holiday, preparing themed Halloween drinks and scaring the life out of people we claim to like? Sure, fun is a key motivator, and the spirit of escapism and self-expression certainly plays a part.

What’s better than sipping on a well-made rum pumpkin old fashioned on Hallow’s eve? Sharing one with friends or family, of course!

Community engagement is a major selling point for the Halloween season. It gives even the most autonomous households the opportunity to bask in the collective joys that trick or treating brings to a collective community. Neighbors with whom one might never interact will suddenly come knocking, and you’ll shower them in treats as a thank you (or vice versa!).

To many, Halloween is a night where reason and limitation get to fall away entirely. What do you want to look like this season? Who do you want to be?

Donning a snazzy costume is one level of the experience, but there are many who take to the opportunity that is actually embodying the character that they have chosen. Actors would call it staying-in-character; a skill that requires full integration of mannerisms and voices associated to the chosen costume.

So what’s it going to be? Does your cobweb-covered Frankenstein suit have one more year left in it, or is your favorite superhero howling to be brought to life instead?

This then begs the question, where exactly did community and costumes collide in the formation of the trick or treating tradition? For context, the art of trick or treating involves wandering from house to house while in costume, knocking on doors and bellowing the phrase itself: “trick or treeeeeat”.

When the door is answered, one will likely be met with either one of the two requests. The offer of a trick could be anything from a quick scare to a simple magic trick, while treats involve offerings of sweets, toys and other desirable items.

This tradition dates back to our old friends the Celts. It turns out the priests weren’t the only ones making offerings to the ghosts and spirits who returned on this specific evening. Regular civilians would also contribute by leaving food and wine on their doorsteps in effort to appease the night’s visitors.

Not to worry if no one comes knocking on your door this Halloween season; we’re making the ultimate homemade treat regardless… pumpkin rum cocktails! 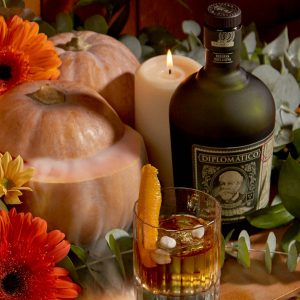 Add the ingredients into an ice filled mixing glass, and carefully stir together to both combine and chill.  Strain into a Double Old Fashioned rocks glass containing one large rock of ice, and garnish with toasted Pumpkin Seeds.

And there you have it. A wicked rum old fashioned with the perfect pumpkin kick! We wish you a frightfully special Halloween season. Be afraid, be very afraid! 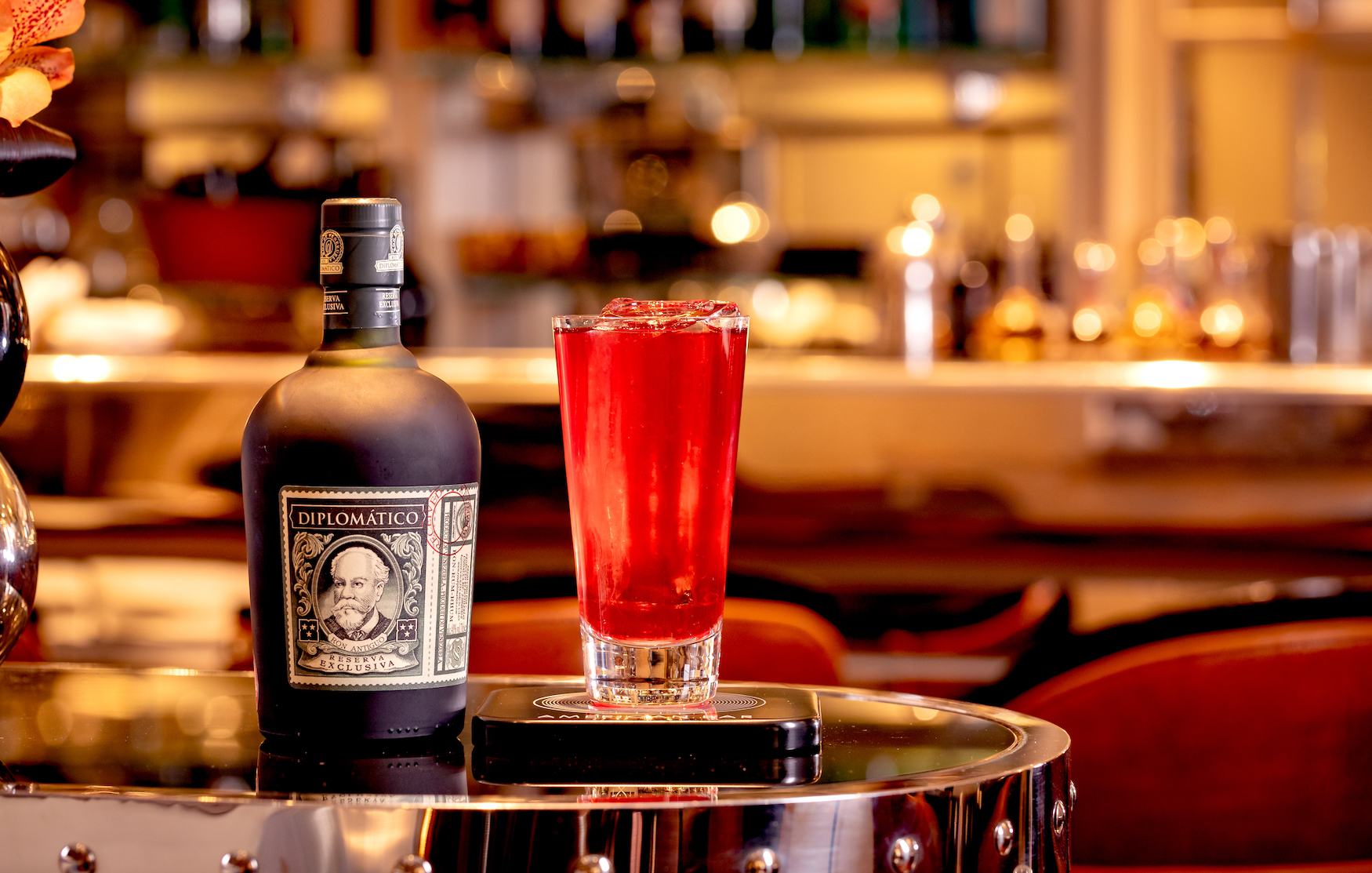 Craftmanship
Rum Cake, the Perfect Dessert for This Season
Are you familiar with the age old saying ‘have your rum, and eat it too’? No? Kindly allow us to elaborate… Okay, so the true saying may go ‘have your cake, and eat it too’, but when we’re specifically talking about rum cake, we think our remix of the line is wonderfu...
January 2022