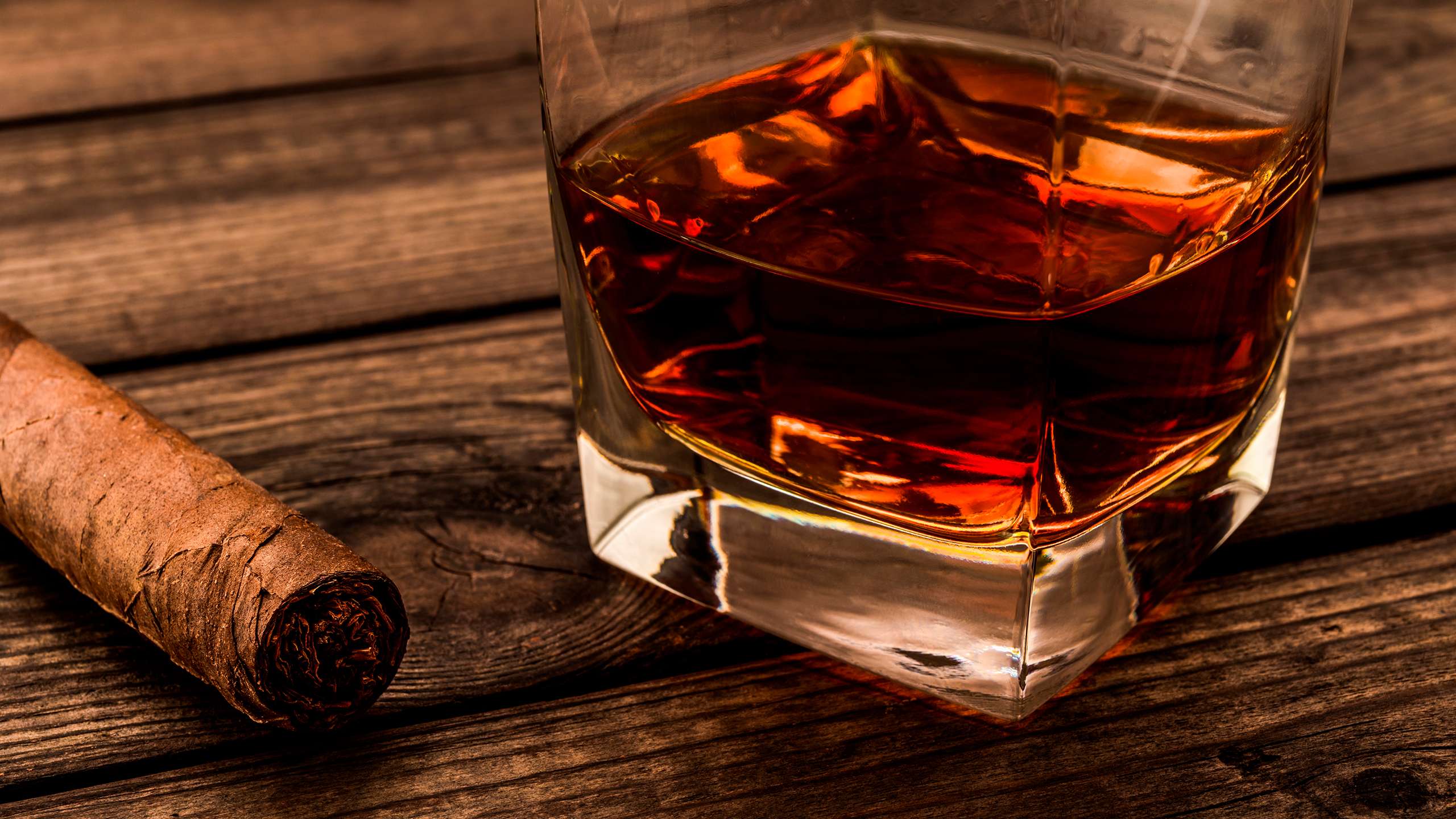 Life’s smallest pleasures are better when paired up! And the same goes for premium rums & high quality cigars. Join the club as we delve into just how much fun a rum and cigar duo can be.

A premium rum, coupled with a well made cigar, can transport you to a place of sheer delight. All you really need to know is that the secret lies in the thoughtful pairing of flavors and scents. All combined with some understanding of how and why certain profiles work together.

When it comes to the pairing rum with cigars, one should always look to the similarities that exist between them. Both come to exist as a result of carefully cultivated ingredients that are subject to intricate periods of aging and blending. Like rum making, cigar rolling also exists on a foundation laid by craftsmanship and traditions that precede all existing generations. Stirred to know more?

Pairing Cigars and Rum: How to Make the Perfect Combination

Like long lost lovers, rum and cigars share common history, both geographically and intentionally. They remain two of the most significant leisure exports out of Central and South America.

The secret to the perfect combination of rum and cigars? Know the manufacturing processes and know the flavors. The role of a cigar master blender is not all that different to that of a rum master blender, and both should be regarded as a form of art. Here’s why:

Top shelf cigars are made by highly skilled, specialized individuals known as “torcedores”. Think of them simply as the master blenders of the cigar industry.

Torcedores work manually, using a skillset that has been refined since as early as 1492, when Christopher Columbus first introduced tobacco to the Old World. Just under two centuries later, our beloved rum makes its first appearance in the history books of the Barbados region.

The job of a cigar roller marks the sure end of a long, arduous journey that began with the initial farming of the tobacco, before moving into harvest phase, sorting phase and, eventually, the blending phase. The sorting and blending of harvested tobacco is arguably the most important step in the entire cigar manufacturing process. Here, groups of specifically chosen leaves are blended into bunches that will eventually be pressed, wrapped and hand rolled by the “torcedor”. We told you it’s an art!

As this unfolds, all bundles are closely monitored by weight. Cigars that are too light will burn too hot, while those packed too heavily will have difficulty drawing smoke; it’s a symphonic natural balance that needs to be maintained, much like the flavor notes in every bottle of properly distilled rum.

Once rolled, each cigar is thoroughly inspected for imperfections and overall quality. Those that do not meet the brand’s evaluation standards will be sold off as second grade cigars, narrowly missing that top shelf mark.

Cigars are not typically inhaled; they are mainly smoked for the taste. Don’t worry, this is often news to a lot of people!

Premium, top of the range cigars have the potential to stimulate the palate in different ways, and pinning down these notes is high point for self-proclaimed “aficionados”.

Cigar clubs, in which members enjoy the sophisticated pairing of cigars with fine rums, are not as sparse as one might think. “Aficionados” everywhere are frequenting cigar bar lounge sanctuaries, enjoying rum and cigar pairings whilst uniting in the passion of the craft itself. It’s a grand old time, though nothing that can’t be easily recreated in the comfort of your own home.

The following are some of the more common flavors one can expect to encounter when enjoying premium blends:

Certain cigar wrapping papers offer a finishing touch to the blend that is naturally sweet in flavor. These notes are usually derived from strains of cacao or molasses, but may also be in the region of maple or caramels.

Nuts are common inclusions within cigar descriptions, with the most common being walnuts,        almonds and cashews. Hazelnuts and pistachios sometimes make an appearance and, generally speaking, a nutty blend usually indicates a milder cigar.

Flavor wise, coffee is known to pair well with cigars due to the myriad of similarities these plants hold from soil to climate to harvest. Tasting notes of coffee in cigars may fall anywhere from dark and black, to light and creamy. More dry, bitter notes can be attributed to a shot of espresso.

The primary natural tasting notes in cigars are earth and leather. To many, these flavors may initially feel largely abstract, however the seasoned palate will be able to pick up on these very distinct aromas. The best way to experience the natural notes of a cigar is to give as much attention to the smell as one does to the taste.

The successful pairing of rum with cigar is achieved through the use of similar attributes, never contrasts. Harmony between age, strengths and flavor profiles makes for winning duos, with occasional distortions also proving to be oddly complimentary. If this sounds daunting, allow us to break it down further.

Both cigars and rum improve with age. Younger, lighter rums, like Diplomático Mantuano, pair well with milder cigars, specifically those with nutty or sweet undertones. Darker, more aged rums are better matched with cigars of a similar breed, particularly those that exhibit dark coffee notes, or hints of black pepper, such as Diplomático Single Vintage.

Inspired by the glorious likeness of these two worlds, Mombacho (Nicaragua’s premium cigar brand) recently collaborated with us, creating a cigar not only intended for enjoyment with rum, but fully embodied by the Diplomático Reserva Exclusiva profile itself. The Diplomático By Mombacho is a fuller-bodied cigar, delivering a heavy smoke of hard wood, red wine, oak and herbs, before a strong, chocolate fueled finish.

Become an expert in the perfect pairing between cigars and rum in these five simple steps: