The Diplomático Savoy Daisy cocktail is a twist of the classic Daisy cocktail that was originally made with brandy.  That first Savoy recipe created around the 19th century evolved over the years including different ingredients as grenadine syrup, white sugar syrup and even other base spirits as rum, gin or whiskey.

It was the head bartender of The Savoy Hotel in London, Erik Lorincz, who revisited the Daisy recipe by replacing the white sugar as a sweetener for muscovado, an unrefined brown sugar with a very moist texture and a strong molasses flavor. Erik also added Diplomático Reserva Exclusiva as the base spirit of the cocktail, creating the Savoy Daisy cocktail recipe.

The result is an elegant and a ruby red cocktail  made with an aged rum. Do you want to try it? Keep reading! 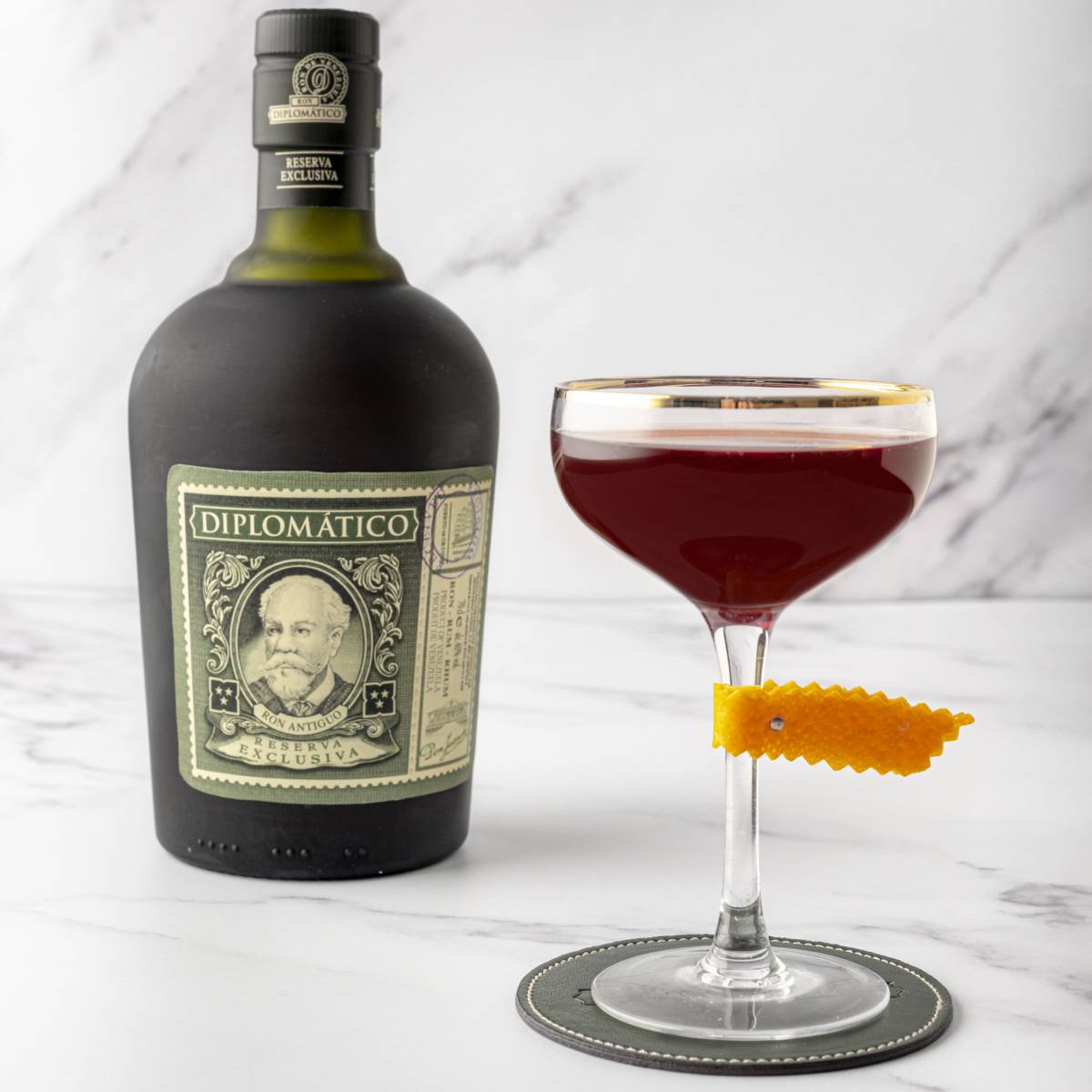 Use normal ice for the shaker.

Fill in a cocktail shaker with ice. Add all of the ingredients and shake vigorously. Strain into a chilled martini glass and garnish with an orange twist.